JavaScript frameworks are an essential part of modern front-end web development, providing developers with tried and tested tools for building scalable, interactive web applications. Before we pick a framework and start learning about it, I think it's important that we first understand what a client-side JavaScript framework is, what it does and why it exists. So, that's exactly what we will be learning in this article.

In this article, we will:

A brief history of JavaScript

Before JavaScript was created, web pages exist only as static documents. In the 90s, internet connectivity was very slow as we were still using dial-up connections with telephone lines and modems. Most user actions in the interface trigger an HTTP request back to a web server.

Imagine a user filling out a form on a website. The validation of the input files on any form required a full round trip to the server. The server does some processing, retrieving data to validate the form values before returning an HTML page to the client. While the server is doing its thing, the user is waiting. And at every page reload, the user waits some more. This was not only a painful exercise as the internet speed was very slow but also resulted in the loss of data if the form was not filled out correctly. It lacks the inherent responsiveness of desktop applications.

Netscape Navigator, one of the most popular web browsers in the 90s, sought out to solve this problem by finding a way to validate the input fields on the client-side without having to make a round trip to the server. This is how JavaScript was born, merely as a scripting language to validate forms on the client-side.

To make it happen, Netscape turned to Brendan Eich, a software engineer with lots of experience with developing programming languages. At around the same time, Netscape laid the groundwork for a deal with Sun Microsystems. The idea was to sign a deal with Sun Microsystems to license Java. The preliminary concept was to embed Java Virtual Machine (JVM) right in Navigator which would allow developers to build complex Java applications (later called applets) and run them on the web.

However, given the nature of the web community, which was a cobbled-together community of hobbyists and enthusiasts. Some had years of experience in the computer science field. Others had none at all. Netscape realized that what they really needed was a "companion language" because Java is a very difficult language to manage without a background in computer science. It's extremely powerful, but relies on complex principles like object-oriented programming. Therefore, any language made specifically for the web, needed to be both powerful and approachable to the average developer. Something that would allow developers to change text, move elements around, and generally experiment without errors flashing on screen every time they messed up something. A scripting language that could easily be embedded right into the HTML of a web page, that was still powerful enough to lay down a foundation for more adventurous programmers looking to build complex applications.

That's what Eich was tasked with creating, and that was exactly what he delivered. JavaScript officially made it into the first beta version of Netscape Navigator 2.0, released in September of 1995. With just a simple script tag, developers were able to create fairly complex applications. 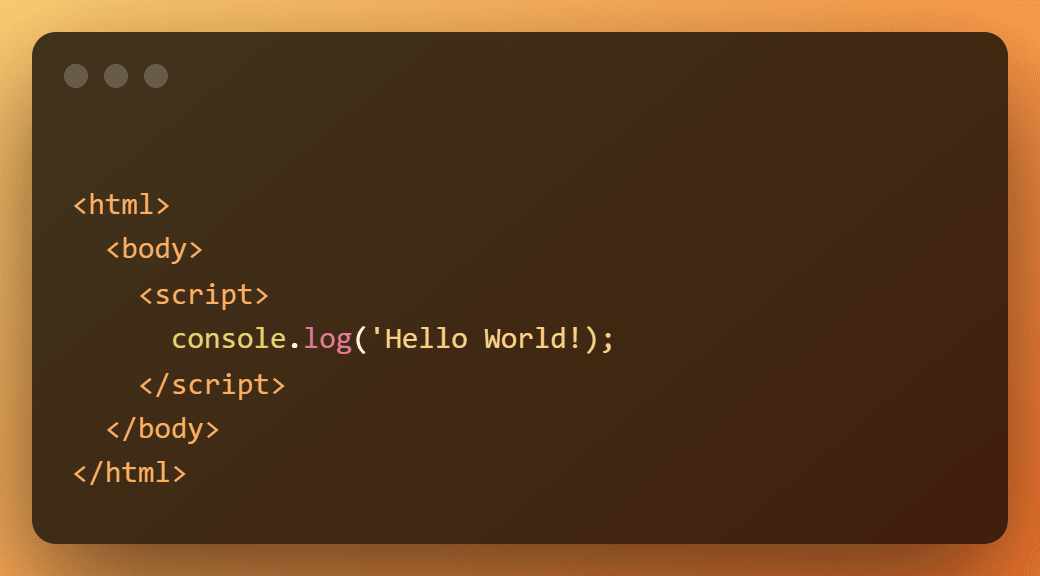 Why do we need JavaScript frameworks?

When JavaScript debuted in 1996, it revolutionized how the web is used. It's no longer just a place to read things, but to do things. Originally, web pages were simple text pages that were used to share information in the form of text; there were no videos, games, animations, etc. A number of tools were later developed in order to allow the web to be as interactive as we know it today. Dynamic HTML (DHTML) and Asynchronous JavaScript and XML (AJAX) are two examples of such tools that are worth mentioning in the context of helping us understand the need for JavaScript frameworks.

AJAX and DHTML are two technologies that are used in order to create more interactive web pages compared to the plain boring HTML pages. The main difference between DHTML and AJAX is that DHTML changes the elements on the web pages depending on user's actions while AJAX allows the browser to request certain elements one at a time in order to reduce the strain on the server and the Internet connection.

Although it's possible to implement DHTML and AJAX with plain vanilla JavaScript, it's cumbersome. Therefore, developers who worked with JavaScript wrote tools to solve problems they faced and packaged them into reusable packages called libraries, so they could share their solutions with others. This shared ecosystem of libraries eventually led to the development of several JavaScript frameworks. The development of these frameworks also redefined how the web is used. Modern, complex, interactive websites, referred to as web applications now allow users to do things that used to be possible only in native applications installed on the user's computer.

A framework is a library that offers opinions about how software gets built. These opinions allow for predictability and homogeneity in an application. Predictability allows software to scale to an enormous size and still be maintainable.

Each major JS framework has a different approach to updating the DOM, handling browser events, and providing enjoyable developer experiences. Below are some of the main features shared among different JS frameworks. Each framework may have its own implementation, but at the core, they all share these common features. A good understanding of these common features at a high level is very useful when it comes to deciding which framework to use for your application. So, let's dive in.🤿

A domain-specific language is a computer language that's targeted to solve a particular kind of problem, rather than a general purpose language that's aimed at any kind of software problem.

DSLs can't be read by the browser directly; they must be transformed into JavaScript or HTML first. Framework tooling generally includes the required tools to handle this transformation, or can be adjusted to include the necessary tools. While it is possible to build framework apps without using these DSLs, embracing them will streamline the development process.

I hope you enjoyed a little bit of the history lesson in this article. I truly believe that the best way to learn is trying to understand the WHY before the WHAT and the HOW, and one of the best ways to do that is to learn through history. In Part 2 of this article, we will explore the popular JavaScript frameworks throughout the history of web development. Stay tuned!